Any company focused on its long term health cannot ignore to build its leadership pipeline. However, very few companies pay enough attention to this task. There are companies who have pretty elaborate plans for leadership development and have done a notable job, such as GE, P&G, Unilever to name a few. In India we have seen a near lack of that and the recent experiences of Infosys and Tata’s help infer that corporates have depended more on buying the talent rather than nurturing them. Let us be very clear that there is nothing wrong in this approach especially if we look at the transition of leadership at GE two decades ago.

Mr. Jeff Immelt who succeeded the hugely successful Jack Welch did a fabulous job but GE’s market cap declined by US$150 Billion. Mr.Bob Nardelli who missed out to Mr.Immelt in the race for the CEO’s seat at GE moved to Home Depot which also experienced a decline in market capital. However, Mr. Jim McNearny, who moved to Boeing as a CEO from GE, succeeded in doubling the market capital. How do we explain this?
From an investor point of view the maximum impact was created by an individual who was groomed well for the leadership position but moved to a place, where the setting was also entirely conducive for his leadership.

There could be more than one factor for success in this case. But what we need to keep in mind is that building a leadership pipeline is a good practice but at best a hygiene factor and not a mantra for sure shot result.

In today’s time, there are 2 key changes taking place in corporate world:

The challenges faced in corporate would be first to attract the best and then to retain them in new settings. The only way to achieve that would be to create a culture, which the millennials will find enticing. What excites this talent?

At Ramco, we are trying on multiple fronts to prepare our leadership pipeline in the VUCA world. We have drawn out a detailed development plan for identifying young leaders on one hand and redefining the culture of the company on other, so that we are able to attract and retain the best of talent. Some of the steps taken by us are:

Corporates will now have to really plan for their long term survival by putting leadership development plans in place and creating a winning culture that keeps this machinery well-oiled with good supply of top notch resources.

Payroll Audit Program - Why Should Your Organization Perform 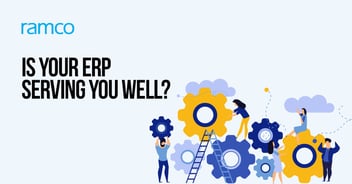