From IT to IoT in Aviation

It is a well-known fact that Aviation, as an industry relies heavily on the availability of a constant stream of data that can empower intelligent decision making. Naturally, any technology that aids this, like Big data, RFIDs, SCADA etc is almost always welcomed immediately.

Of all the technology platforms tipped to revolutionize data generation and availability in the past few years, the Internet of Things (IoT) is possibly the most hyped and deemed; the most promising. Defined as a technology in which data from multiple equipment and devices can be transferred over a network without requiring human-to-human or human-to-computer interaction, IoT has developed from futuristic sci-fi concept to a real-life technology owing to the rise in connected devices.

The central factor governing such a data flow is the availability of sensors, essentially embedding them into every conceivable systems in an aircraft and harnessing the massive amounts of data that they generate.

Sensors have always been available on aircraft; especially engines, with OEMs like General Electric and Pratt & Whitney tracking everything from fuel consumption to reliability measurements. However, what was earlier a standalone tracking system with data being stored and downloaded on the ground for analysis after the event, is being tracked, and actioned upon, in real time with the rise of lower cost computing solutions. This aids instant decision making, while also enhancing the power of prediction, thus having a big impact on the commercial aviation sector.

The implications of such technology are profound.

The information generated inflight as such can be used to optimize jet fuel consumption, improve engine efficiency and, in the long term, drastically reduce maintenance costs. Such data, could be used to effect minor changes to flight plans and air speed to reduce flight times, fuel consumption and possibly avoiding errors.

Given the right sensors and software, IoT technology could detect an anomaly in a jet engine or its associated hardware, software or systems. This could, in theory, prevent accidents. Systems will also be able to notify suppliers of parts that need to be replaced and provide alerts to maintenance personnel.

This entire concept of IoT has evolved to the creation of new value propositions and potential revenue streams from new business models:

With so much potential being touted, it is natural that OEMs like GE have developed new engine types having as many as 5000+ data sensors and generating close to $1 billion in incremental income through performance improvements alone.

However, to attain the complete benefits there are still a few challenges that have to be overcome.

To begin with, for the various connected devices to communicate in harmonious manner, a common coding or language has to be enabled. This may well be the biggest roadblock for IoT, as until all the devices are compatible with each other, the very purpose of implementing IoT may not materialize.

The basic framework of IoT is its dependency on sensors to generate the data. These devices have to be inexpensive, compatible, error and maintenance free. Unless these sensors are fully operational and deliver operational data, their usage is limited.

Also, the true value of the IoT technology can only be realized if the context and time-series data is available. Otherwise it is very difficult to process this data and derive a forecast model for predictive analysis and business intelligence.

Thus at its core, the entire technology is a highly interconnected network. This calls for a seamless integration between network providers, IoT platform providers and IT services firms, who all need to collaborate effectively to deliver a successful IoT solution.

This is where, ERP systems like Ramco Aviation software effectively gear up to support the aviation sector to shift from stand-alone legacy systems and move to a more integrated environment that supports cloud services and automation frameworks.

With a robust and comprehensive M&E and MRO solution at its core, Ramco has been in the forefront, when it comes to the latest Predictive Maintenance technologies for Aircraft health Monitoring.

The possibilities are endless and exciting.

From automatically creating work packages that consider, real time spare parts, hangar space and skill availability, to interfacing with advanced diagnostic systems that use Unmanned Airborne Vehicles (drones) to stream data, for predictive analysis, Ramco has the capability to leverage data, analytics and technology to not only reduce the time for Maintenance, but also to recommend the optimal rescheduling of task sequences for Predictive Maintenance.

With OEMs like General Electric (GE) being the early adopters, it is only a matter of time before others follow suit and IoT becomes a mainstream technology. 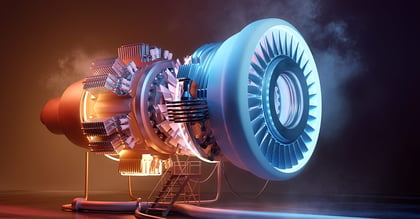 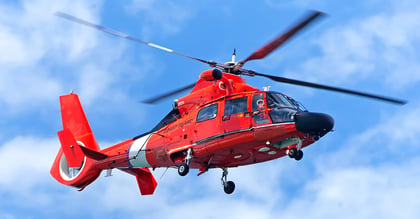