Why A New Strain Of Payroll Processing Is Needed

From the nostalgic creamy covers of cash to a screen lighting up with a ping from the bank, payday always brings a mixture of excitement and satisfaction. Though we are holed up in our homes, unable to flit around with our friends and merrily spend our salaries, whipping up enough motivation to work and sustain is needed now more than ever.

As organizations continue to brave the effects of the pandemic and push to sustain businesses and economies, many have realized that this is not just a test of resilience, but also an opportunity for both retrospection and reengineering. And the same stands for the payroll function too.

Payroll processing, a concept that has had various definitions throughout the years has, especially, jumped leaps and bounds to where it is today. Transforming from inked tally lines in dusty old books to complex algorithms and software, running payroll is a dynamic job. It is no paltry task, and it happens to be an activity common to every single business regardless of nature and scale.

With the industrial revolution and introduction of the machine, tasks which were forever thought to be accomplished only by human intelligence began to depend on the computer; which slowly demanded a focus shift from a person running a no-IQ machine, to a smart system capable of sustaining itself. As companies grew larger and taxation systems grew more complicated, there came a need for software which would not just perform mundane arithmetic and database management, but could also factor in essential metrics such as statutory compliance and accommodations of dynamism. We went from a group of people slaving over complicated wage calculations over long, drear days, to a single software accomplishing the tasks within hours accompanied by a minimal amount of monitoring.

Mammoth organizations with an employee count of a packed football stadium were able to put a smile on each associate's face, right on time, thanks to payroll being a hassle-free, rewarding affair. Payroll software that was accurate, all-inclusive and omniscient took away the risk of human error, thus protecting companies from incorrect payments and penalties.

Emergence of AI and ML

The introduction of Artificial Intelligence and Machine Learning was nothing short of a revolution. AI/ML proved to be a powerful tool to track, trace and patternize the general behaviour of events like leave, claiming of benefits, even predicting a tentative tenure for an employee, all of which had a direct impact on payroll and hence its processing.

This also opened the floodgates of knowledge exchange. Potential buyers of software could now compare metrics such as cost, performance time, efficiency, compliance and correctness, thus enabling them to select companies and products that were most aligned with their needs.

Developers of payroll processing systems readily evolved to accommodate the new and constantly changing technology. Starting from the ability to meet global payroll standards to introducing a friendly bot that would tackle the customer's queries with ease, there was a strong need to incorporate whatever is new while maintaining a solid ground to go forward.

Ramco’s AI-driven payroll system, for instance, has proven to be invaluable in weeding out any payroll anomaly that might arise during processing, eliminating the need for rework and repeated corrections. It is well-equipped to handle any unprecedented occurrences that might arise before, during and after run time. Self-explanatory payslip, which serves as a testimony to a transparent payroll process ensures the receiver has an absolute understanding of every digit on their salary slip. Ranging from an AI-powered UPE to user-friendly bots, the solution has incorporated multiple innovative and unique tech trends.

Dealing with the unforeseen

And then, as with every tale that is narrated in the third decade of the millennium, comes the biggest plot twist- 2020. The pandemic hit like an elephant dart on our faces, claiming lives, uprooting businesses and leaving the world scrambling for refuge. Some of us were privileged enough to use this time to bond with our loved ones, others, perhaps, not as much. Our homes became our Holy work spaces, couches our cubicles and cups of coffee nothing short of life-saving ambrosia. While the world seemed to have temporarily come to a screeching halt, organizations were quick to adapt to the change, running virtual offices with commendable levels of camaraderie.

This brought its own set of challenges to payroll processing. Those who'd work from home, previously a niche cluster, now became most, if not all employees. As governments announced special statutory regulations in the wake of the pandemic, it resulted in changes in events like sanctioning of holidays, cuts and additions to a standard pay slip, including additional grants for employee welfare.

To accommodate such an immense change in workspace truly tested the promised efficiency of a software, that had to prove itself robust enough to take the brunt of challenges thrown its way.

This bought in a much broader understanding of even the most ancillary of influences in running the process. Employee attendance, for example, is one of the major fundamental factors involved in a payroll calculation. What previously required an employee to simply turn up on time is now a series of checks to ensure that every person to enter the organisation’s premises has met the required safety standard. Such circumstances had a favourable domino effect, with companies quickly rising to inculcate these additions to their payroll processing system with a more efficient software.

To quote and example, Ramco introduced Pandemic Control System, an application to check the presence of a mask, acceptable temperature level and ensure social distancing norms for the employees.

With the scare of a new strain of the much-detested virus, perhaps we should take a moment to look back at what all this means to us as technicians, as creators and preservers of a system. We see that every speck of challenge we've had had been overcome with the sheer will to survive and conquer, to produce something that can outsmart even the worst of breakdowns.

We must eradicate the stagnancy and adapt to dynamism, ensuring that a healthy broth of proactiveness and problem-countering is brewed for our customers. The software must evolve just the way we have, god speed! 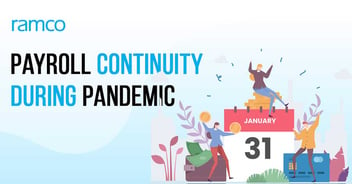 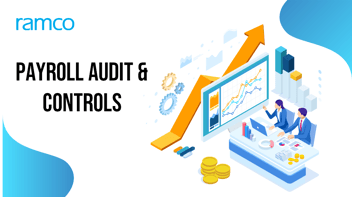 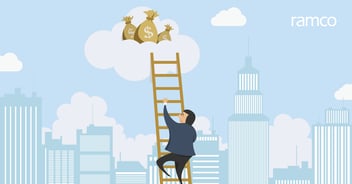