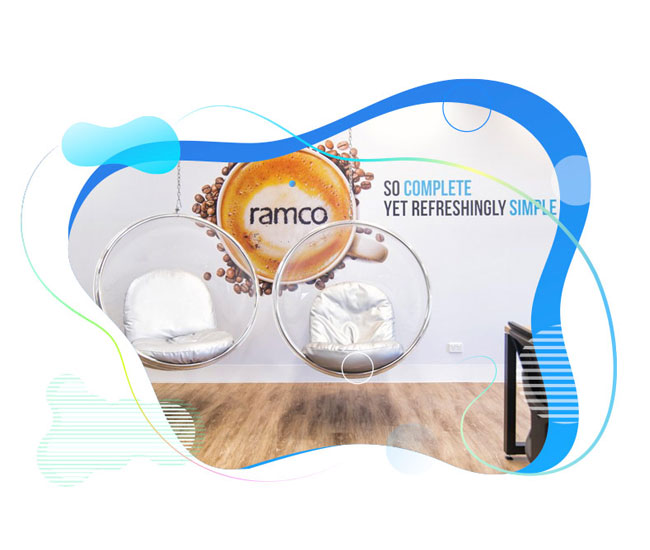 When he is not working:

Harsh Vardhan is an Adventurous Marketer, who loves to explore new frontiers. From emerging companies and leading outsourcers, he has had an exciting journey packed with learnings and challenges. In his words, he loves to ride the business roller coaster, albeit sometimes without seatbelts

After a 12 year stint in the Global System Integration industry which covered the lay of the land from Deep East in Fukuoka (Japan) to West in Abuja (Nigeria), Harsh boomeranged into his second stint in Ramco Systems. Currently heading the ERP business unit at Ramco, Harsh Vardhan contributes to various aspects of the unit which is responsible for several companies to embrace digital transformation. He manages several facets of ERP, right from product design, development, presales and implementation consulting to customer support.

He launched his career in 1988 at Godrej & Boyce where he set up Distribution Channels for the Computer peripherals business. This was followed by CMC Ltd., one of India’s top public sector organizations at that time. While CMC was then the most coveted company to work for and despite being the top performer there, the urge to get out of the comfort zone of a public sector company pulled him to join Ramco.

In his earlier stint with Ramco - from the early 90s to 2000 - he was instrumental in setting up the company’s North Indian operations and bringing in many blue chip clients such as National Panasonic, Singapore Sports council, Maruti Suzuki, JK Tyres , Nestle and many more . He was pivotal in laying the early foundation of Ramco in ASEAN and over a period of three years he quickly steered Ramco in the ASEAN region to an outpost with a very strong foundation. In 2000, he moved to Satyam to join his mentor, Virender Aggarwal, who was one of his early customers and also a partner who imbibed in him the art of leveraging partnerships and building relationships. He has been with him since - first in Satyam and later in HCL and now back in Ramco. During this period, Harsh developed an extensive understanding of emerging markets, fast expansion, off-shoring and the complex business of System integration in the fragmented geographies and with multiple cultural nuances coupled with a deep knowledge of leveraging Government entities to build large Offshoring centers in multiple markets like China, Malaysia, Australia, Korea, Japan and South Africa.

Having led and built up the APAC-MEIA markets for over two decades across three organisations has enabled Harsh to carve out a unique specialization in terms of understanding the nuances of the fragmented market. This surely has made Harsh, the ‘go-to-man’ for anyone trying to enable business and build a brand in these complex markets.

Always an achiever, Harsh completed his schooling in Bangalore and engineering in Delhi with first class results. With his feet firmly planted in the ground and a cool attitude to boot, he remains unruffled by even the worst storms that can hit one, both personally and professionally. In his free time, he loves to travel or watch movies. However, he asserts that he hates to allocate costly memory cache to movies and forgets the plot soon after the movie is off the screen.You might be interested to know that he has quirk that most people would be envious of – he can sleep in a standing position too in a crowded bus! So travel is never a bother it is enjoyable as long as what it leads you to makes it fun.