Can office be your happy space? 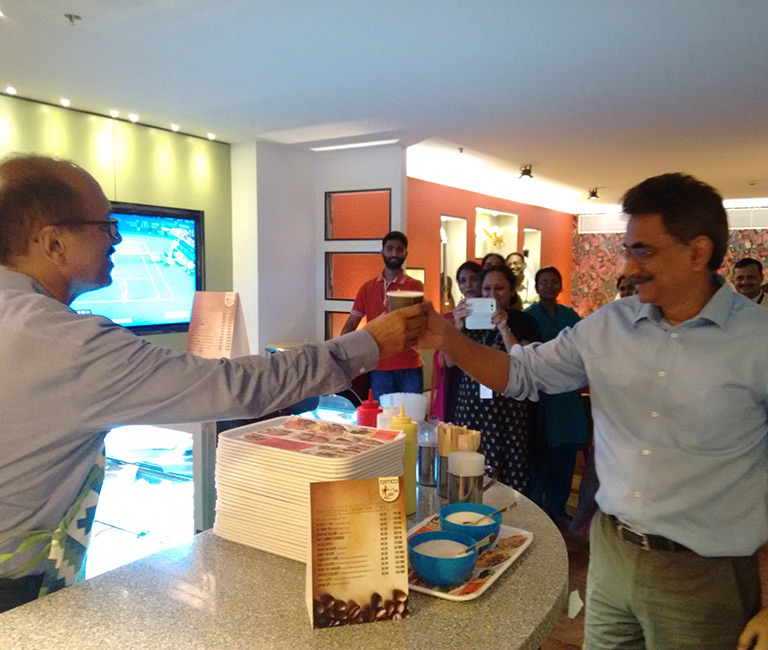 This article is reproduced from Live Mint dated January 25, 2015

How employee mood affects day-to-day output, and how companies can tweak policies to ensure a good workday

Ever had one of those days when nothing seems to be going right? You sleep through the 7am wake-up call. Then get stuck in traffic on your way to work. When you reach office, you find you’ve missed part of a team meeting. Things spiral quickly as you make a silly suggestion in your harried attempts to seem like you’re on the same page as everyone else. The rest of the day is ruined.

Researchers have been looking at possible connections between employee mood and productivity for around 20 years. In 1996, Howard M. Weiss, who was then associated with Purdue University, US, and Russell Cropanzano of the University of Colorado Boulder, US, set the ball rolling on a new system of thinking about work—it drew its name from their article, Affective Events Theory: A Theoretical Discussion Of The Structure, Causes And Consequences Of Affective Work Experiences At Work, which was first published in the journal Research In Organizational Behavior.

Weiss and Cropanzano argued that “work events”, such as a great conversation with the boss or a customer call gone awry, can trigger employee “happiness”, as well as unhappiness, and have a cascading effect on how engaged workers are through the day.

Conversely, employee moods can also determine how they perceive a work event—if you are in a good mood, the same conversation with the customer might seem less critical than if you receive poor feedback on an already bad day.

Many companies globally try to tick the box on taking cognizance of employee happiness through job satisfaction surveys. But in their paper, Weiss and Cropanzano drew a clear distinction between the two. They explained that job satisfaction is not the same thing as employee happiness, although continued happiness at work often contributes to higher job satisfaction scores. Instead, they pointed to the usefulness of measuring employee mood and emotional state over shorter durations to enhance day-to-day output, because that is how most big targets are achieved—piecemeal.

We spoke to company heads and human resource (HR) experts, and looked at the research, to understand how mood and productivity are connected.

There are many ways to set the right tone for the day, including having a good cup of coffee. Virender Aggarwal, the Singapore-based chief executive officer of enterprise solutions company Ramco Systems, trained to make coffee with a barista at the Dutch Colony Coffee Co. in Singapore. “From a management trainee to a middle manager, I am happy to make a cappuccino for anyone who wants to sit and chat with me,” he says in a phone interview.

The idea is to encourage employees, irrespective of hierarchies, to come and talk to him, as well as start the day on vibrant coffee notes. Aggarwal says his aim in all this is to turn the phrase “Thank God It’s Friday” on its head. “The back of my business card says ‘Thank God It’s Monday’. That’s how I want all our employees to feel,” he says.

Well begun is half done

“Employees are rarely able to check their feelings at the door to their workplace, nor are they unaffected by the events they encounter during the workday,” write Nancy P. Rothbard of the University of Pennsylvania and Steffanie L. Wilk of the Ohio State University in Waking Up On The Right Or Wrong Side Of The Bed: Start-Of-Workday Mood, Work Events, Employee Affect, And Performance, a paper published in 2011 in the Academy Of Management Journal.

Rothbard and Wilk look at the example of a call centre to gauge how employees’ start-of-day mood alters their office hours, as well as how events like an unpleasant customer call can sometimes ruin a perfectly good day. They found that employees checked out of the system for more frequent breaks and were less “available” to customers when they themselves were not feeling great. The result: Their work suffered.

Fixes to ensure a good start to the day include tweaking policies. “In many organizations, and especially in those with careful scheduling, such as call centers, tardiness is seen as unacceptable. By acting punitively towards an already frazzled employee first thing in the morning, a manager may be setting the employee up to have a less productive day. This may be especially the case, given that we found that when negative affect from start-of-workday mood continues unabated throughout a workday,” they write.

“If an employee comes to the HR with a problem, they may be able to counsel them,” says T.S. Krishna Kumar, chief operating officer of Ikya Human Capital Solutions. “But there’s only so much HR can do,” he adds.

A more viable solution, according to Bengaluru-based Kumar, is to reach out to the reporting manager and let them know about work and life events that are derailing your day—a sick child, a visiting relative, construction work en route that chokes up the roads in peak hours or parking troubles, it could be any number of things. The line managers are often in a better position to assess the situation and work out a solution. “Work from home options, where the job allows it, and flexitimings, for example, were designed for just this,” says Kumar.

Employees today place importance on the office culture, infrastructure, perks and work-life balance, in addition to salary. But what makes employees happy? Can companies implement ideas that work for a large part of the workforce?

It turns out they can.

Aggarwal says his company is fast taking cues from global companies like Google on making amenities available to employees. They already offer Zumba and yoga classes in their Chennai office. These measures are designed to translate Aggarwal’s “Thank God It’s Monday” idea into reality. The hope is that these measures will improve employee happiness, and therefore motivation at work (the company conducts an “employee-motivation survey”, as opposed to the more common job-satisfaction survey).

Last February, Andrew J. Oswald, Eugenio Proto and Daniel Sgroi of the University of Warwick in the UK conducted a study with a simple objective. “Some firms say they care about the well-being and ‘happiness’ of their employees. But are such claims hype, or scientific good sense?” asked the researchers, in a paper titled Happiness And Productivity.

The research had 713 participants, all from “an elite English university”, and included four experiments—showing the participants clips from comedies before giving them standardized tasks; showing them the comedy clips but measuring productivity several times during the task instead of at the end; giving them chocolate, fruit and drinks before assigning the task; and asking them if they’ve recently faced a personal or family tragedy.

Their findings: The “happiness treatment” improved productivity by 10-12%, whereas “those who report tragedies at the end of the laboratory trial are disproportionately ones who had significantly lower productivity at its start”.

Few things can rain on your parade more than having to seek approval for every action and work decision. Bengaluru-based Nobby Nazareth, managing director, Chestnut Global Partners India, which designs employee assistance programmes, says the more your manager trusts you and the more leeway you have to organize work in a way that makes sense to you—provided, of course, that you contribute towards meeting the company goals—the happier you are likely to be in the organization.

Maneesha Jha Thakur of financial services company Edelweiss agrees. Empowerment to introduce changes and express individuality and creativity give people a sense of ownership of their work, she says. Edelweiss’ culture, she adds, emphasizes respect for the individual worker.

Nishigandha Bhuyan, an assistant professor at the Indian Institute of Management, Calcutta, says there are two parts to productivity: a single-minded focus on results and a more holistic approach that makes room for “self-actualization”. When employees feel their talent is being wasted, she says, that can lead to great unhappiness and, eventually, alienation.

In The Happiness Of Pursuit: Finding The Quest That Will Bring Purpose To Your Life, author Chris Guillebeau says a sense of purpose can act like an anchor and add to one’s happiness. This is in line with the reams extolling the virtues of taking up work that you enjoy, and “loving your Mondays”.

If you’re losing time because of something routine, like it taking minutes rather than seconds to open an email, that too can dissipate enthusiasm for a task. Stanford University’s Prof. Hayagreeva Rao cites the example of a US-based businessman who buys out failing television and radio firms. “He noticed something across these loss-making companies—they had poor Internet connectivity,” says Prof. Rao in a phone interview. The fix: Increasing the bandwidth gave employees the wherewithal to do more work, do it faster, and without the frustrations that accompany a broken-down system.

Ideas like “no interruption Thursdays” and “no email Fridays” can help free up time so employees can focus on the projects they enjoy, says Prof. Rao. “It gives people a sense of purpose, and hope.”

Prof. Rao cautions against putting too much value on happiness, though. “A lot of innovations have come about because people were unhappy with something,” he says.