The very thought of flying has been a fascination amongst mankind for centuries. The birth of airplanes brought about a revolution in the way people commuted, making what was once a myth, a reality. With time, came an increase in processes, requirements and standards, giving rise to the level of complexity in the industry that we now call “Aviation”.

The drastic increase in air traffic over recent years brought no surprise to the forecast laid by the International Air Transport Association stating that the number of airline passengers would hit 3.6 billion in 2016 – that’s 2.5 times the population of China or 800 million more than the 2.8 billion passengers carried by airlines in 2011. The problem with this rapid growth was the latency in addressing critical challenges that sprouted out like hot springs such as delays, safety concerns, fuel and costs to name a few. One look at a 3D image of the European airspace would dazzle any human mind. With over 30000 flights covering the same region, the sight is both breathtaking and frightening at the same time.

Air Traffic monitoring still relies on age-old technology. Sometimes, it’s best to stick to the basics. Despite being reliable, it suffers from the drawback of providing limited direct routes. This is because most flight routes are designed to manage the controller’s work load and minimize air traffic. In normal circumstances, the controller advices the pilot on the path to be taken while simultaneously managing up to 50 flights each hour. This, at times, is misheard through the VHF radio.

With rising fuel costs and increase in air traffic, the need to develop a solution that would facilitate more direct routes gave birth to a concept called “Free Routing”. Although the technology is in its nascent stages, it revolves around the concept of enabling the pilot to choose his preferred route after attaining a particular altitude. The key lies in timely communication, which enables all flights within a particular airspace to be aware of each other’s presence, thereby avoiding collision – just like having a mind map of the surrounding airspace. However, the question still remains unanswered – Will Free Routing transform the Aviation industry?

Realizing the technology’s full potential is inhibited by challenges specific to individual geographies. For example, India has 5 Q routes between important airspaces. Q routes are those that are close to the shortest distance between departure and destination points. In retrospect, the problem of communication over VHS radio can be resolved through data link wherein ATC (Air Traffic Control) transmits a message to the on-board computer instead of talking to the pilot.

Unfortunately, that isn’t the only hurdle to overcome. Traffic separation is yet another issue. In order to save time, it would make sense for a pilot to fly the shortest route amongst available options. In a RVSM (Reduced Vertical Separation Minimum) environment, all aircraft at flight levels between 29000 and 41000 feet would maintain a vertical distance of 1000 feet from other aircraft in the surrounding airspace. The level of separation is often decided in co-ordination with ground-based Air Traffic Controllers. Even with ‘self-aware’ computers on board, a pilot will often trust the reassuring voice of a human over a machine on any given day.

Whether software would be capable of knowing an aircraft’s flight routes has been a question that has beckoned an answer for a while. Although mounting ATC radar on the aircraft is impractical, installing an Advanced TCAS (Traffic Collision Avoidance System) seems a more likely option as it would alert the pilot of traffic in the surrounding airspace.

Despite all these challenges, the biggest doubt that ponders deep in everyone’s mind is whether it is time for machine to replace man. Is it possible for free routing to eradicate errors due to human intervention? Will Flight Crew and ATC be able to adapt to this new technology? Will it lessen the number of aviation accidents? Only time will tell.

There is a higher tendency for fatal errors if the decision of choosing routes were left in the hands (or should we say wings?) of the pilot. Let me illustrate this with an example – Let’s assume Frank, a pilot, has to fly from Paris (CDG) to London (LHR). His software provides him insight that a departure at 22:30 would enable him to access a free route. He decides to make use of it, and hastens the departure process. This step sets a series of errors in motion. Another operator approves an aircraft having a maximum flyable height of 35000 feet to travel on the same route. Frank, aware of the fact that his aircraft can escalate faster than the latter, decides to increase his speed and makes it to FL370 (37000 feet), at which point he can maneuver much faster. Won’t such actions put lives of several passengers on the line? Should several humans pay the price for one man’s convenience? This would call for strict norms with regard to flight and flight routes, without which, the system would fail.

Strict norms would be a mandate if such a system were to be put in place. Not only would an unregulated environment put human lives at stake, but it would also increase the workload for ATCs as aircraft would start landing much earlier than expected.

However, if implemented cautiously, the technology would benefit airline operators greatly by giving them time, which would result in more flights and eventually increase in bottom line. In order to avoid confusion with ATC, the system should be able to identify the optimal route, recalculate the estimated time of the journey and communicate the same to the ATC.

A lot of what has been stated is easier said than done. A system can showcase the optimal course of action on the basis of foreseeable factors, but what about unforeseeable ones such as natural calamities? As explained earlier, the system often relies on accurate positioning in space and time.

This technology needs to be smart to inculcate changes due to unforeseeable factors and suggest the next best course of action. Else, the system is bound to fail.

This increased dependence on systems will make it really important for both airline operators as well as airline MROs to manage the maintenance of such software parts. Ramco which is one of the major airline maintenance software providers has LSAP (Loadable Software Airline Parts) module that has effectively addressed this issue by empowering the operator in tracking and managing software changes. The software configuration updates are tracked through engineering order compliance. The successful implementation of the solution for Kenya Airway’s increasing fleet of Dreamliner’s stands testimony to the power of the solution. 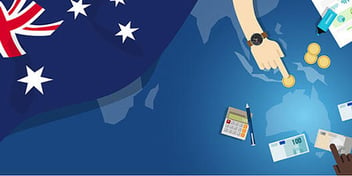 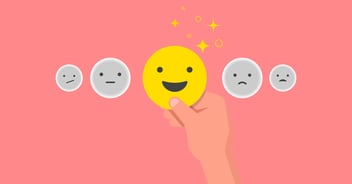