It’s a well-known fact that the maintenance spend covers about 12-14% of the total operating costs for an airline. Hence, comes the point how efficiently and how effectively airlines can manage their maintenance costs.

One of the approach, airlines uses frequently to avoid the unnecessary charges for NFF is SOS Program i.e. “Ship or Shelf Program” OR “Ship or Shelve Program”.

Though airlines may call this by different terminologies, it basically involves scrutinizing of identified parts to see if their removal and replacement actually fixed a reported aircraft discrepancy, and if not, return that part to stock for re-issue.

In other words one can define ‘Ship or Shelf’ as a practice or process for NFF maintenance, where removed parts are quarantined or placed in some SOS designated area until it is confirmed that their replacement has rectified the discrepancy; if not, they are routed to the serviceable warehouse for re-issue or re-attached to the original aircraft and the fault diagnosis is redirected to explore other causes.

SOS is not a new way to overcome the cost for NFF. Nevertheless, it has gained popularity in past few years.

To explain the SOS with an example let us say a pilot lands an aircraft and finds a discrepancy about Display System.

If the Display System performs as required and without any issue for next few flight Hours (as per SOS program), it means that changing the PFD has fixed the problem. The PFD can now be shipped to the repair agencies at that point.

However, if the same problem occurs again with Display System, a technician at another station replaces the Electronic Centralized Aircraft Monitor (ECAM). Few flight hours post ECAM change, if the Display System works fine indicates that the ECAM change has fixed the problem, and the PFD was apparently not at all faulty.

The PFD then will come back to the stock for re-issue.

A properly functioning component would have been placed back into stock, hence saving the airline time and money.

SOS can also be used in case while removal of a component AME is not certain about the condition of the removed component and hence marked it as suspected.

Some of the prime advantages of SOS Program are:

Ramco Aviation Software has handled the SOS Cycle in its M & E Solution very meticulously right from the identification of parts for SOS Program, defining the default ware house for the parts, and even at the component replacement level.

Ramco’s SOS functionality offers a single screen interface which tracks all the components removed under SOS Program or as suspected condition and enables user to take a decision on the condition of removed parts after various Inspections/Tests. Based on final disposition, respective part tags can be generated through the system.

It also allows user to define the critical information like when the SOS was initiated, what the duration is for SOS Program and when it is due for final SOS Disposition.

If any part is to be kept for SOS Program then after component removal system will generate the part tag which will be water marked as “SUSPECTED FAILURE”. AME can attach that tag along with the part and keep the part in SOS Designated area.

Once it is confirmed that removed part has caused the issue then AME/QC Inspector can select the SOS Disposition as Confirmed Failure and system will automatically update the part condition as unserviceable, unserviceable tag can be generated from system and part can be then transferred to un-serviceable warehouse.

In case SOS Disposition is selected as No Fault Found, system will update the component condition as Serviceable, Form 1 can be generated and part will be routed to serviceable warehouse and will be available for re issue.

“Ship or Shelf” (SOS) could be “Save Our Souls” (SOS) for an airline to overcome the additional NFF Charges and unnecessary turn-around-time. 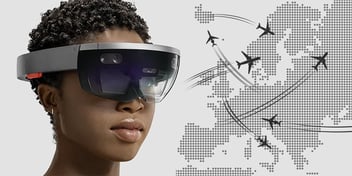 A New Era in Augmented Reality 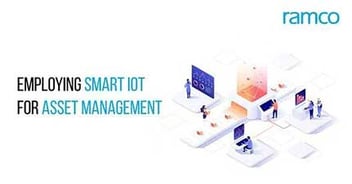 Get your assets chatty, with IoT 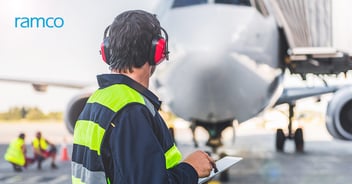