Ask Jeeves! But Software is no Super-butler

Or is it? Can at least HR Software be complete yet refreshingly simple? I mean how hard can that be?

“Get us some good breakfast Jeeves.”

“What shall I tell that girl now Jeeves?”

“Can you get me out of this pickle? I am such a mess-magnet Jeeves.”

“Which girl – Mary, Marlyn or Maggi?”

“I don’t know, I am running out of the window right away Boss.”

Well, those are some least-expected words one wants to hear from a dependable, smart, wise and loyal valet certainly.

Ironically though, most software suites that we think are at our beck and call, are not exactly butlers out of pleasant books. They are everything a Man Friday should be not.

Complex, text-book styled and always failing at the moment of truth.

What the HR world needs is not another layer of delay, questions and friction. There is a dire need of a suite that covers everything – from tea-trays to unsolicited guests to relationship-puzzles; but something that a Man Friday SHOULD be – Efficient and fluidly smooth enough to come up with resources and ideas; thinks out of the box and always rescues at the most-crucial moment.

Did the second law from Prof Meir Lehman (who composed eight laws of software evolution) not say that “As a system evolves, its complexity increases unless steps are taken to reduce it,”?

Being comprehensive does not necessarily mean being complex. In fact, that defeats the whole purpose of the end-to-end paradigm. HR software needs to be tuned into all aspects of an employee and HR lifecycle and be an aide that accelerates the process instead of doing the contrary. Not to forget, software complexity is a direct indicator of software quality and costs: if the complexity for any code is high, it would translate into lower quality of that code and more costs in managing it. More features usually mean more lines of code, more maintenance issues, less lifetime value and more layers and that runs contradictory to the very idea of usability.

Recall the 2009 study Flight software development problems for NASA to study the factors that led to the accelerating growth in flight software size and complexity. It was observed that since 1968, the flight software (FSW) used aboard NASA human and robotic spacecraft had grown in size by a factor of ten every ten years. The primary FSW for the NASA Crew Exploration Vehicle (Orion) and the Mars Science Laboratory (MSL) were expected to exceed one million lines of code (LOC) each and every increase in FSW size was seen as often accompanied by an increase in FSW "complexity"—something tabbed as a state in which the FSW is difficult to understand and verify-- and an increase in risk.

The NASA final report's findings in the areas of systems engineering, software architecture, testing, and project management laid down that unsubstantiated requirements caused unnecessary FSW complexity where the requirement was either unnecessary or overly stringent; commercial off-the-shelf (COTS) software could provide valuable functionality, but it often comes with unneeded features that interact with other features and complicate testing etc.

If that can happen at NASA, what about the rocket science that your software has become?

When one looks at the 2015 Annual Trends report from Fjord, Design and Innovation from Accenture Interactive, where 9 trends that will impact service design were highlighted, there are interestingly trends emerging - like having visually-rich, mobile-first platforms; omni-colleagues, effortless interactions, predictive services that read a user before the push of a button and so forth. It also talked of the direction that digital winners in 2015 will be companies that know how to design in order to manage gaps between physical and digital channels, devices and places; thus making digital experiences less fragmented than they are now.

Design thinking is not just trickling into software thinking, it is pouring there torrentially. The process that started gaining ground at the Stanford University's Institute of Design, orbits around having empathy for your users and caring about their lives.

The buzz around design thinking is gaining force.

A good, reliable and sturdy end-to-end software solves all your complex problems and at the same time is packed with the new features updated in the underlying software in the most simple form. Ramco has been working successfully on that notion and ardently believes that the concept of HR software’s should not just be updated on the latest trend but it should also simplify lives for employees so that they don’t get lost in day to day HR transactions.

Let’s translate it this way: A good software needs two brains – one for the problem and one for the person handling the problem – or to say – well-rounded functionality as well as simplicity.

As Bertie Wooster would remember “She's got brains enough for two, which is the exact quantity the girl who marries you will need.” 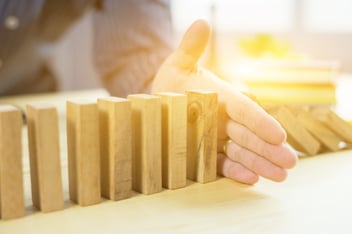 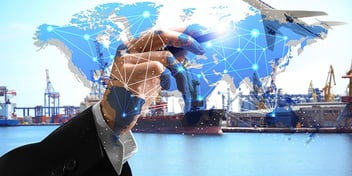 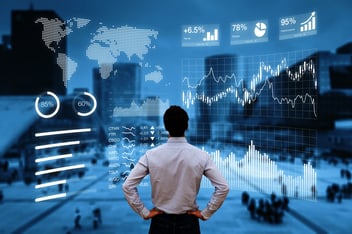