Happily Ever After - Finding the Best Better-Half!

In the previous post, we described the problems that Sujana Metal Products Limited (SMPL) was facing before they had an ERP system in place. Going into details on how they found ways to deal with their requirements, Mr.Manivannan Anandan, VP, Operations says “SMPL analyzed several solutions focusing on each solution’s pros and cons. Comparative study on the list of requirements against each of the solutions at hand was done. Ramco seemed to provide the perfect fit and initially decided to go ahead with Ramco’s on-premise model. However, we eventually zeroed in on its web-hosted model, Ramco OnDemand ERP (RODE).”

There were two reasons for this. One—an on-premise implementation would take an upfront investment of at least Rs. 1 crore and put a lot of pressure on the organization; two—it would entail a long time for implementation and could not, as had been initially envisioned, be implemented while the organization was on the run. RODE’s cost and its swift implementation therefore proved to be major factors in its favour.

Can this really be it?

Yet, arriving at the decision was not quite so easy, Anandan recalls, “ We did have our share of second thoughts and doubts. We wondered whether the Web-ERP system would satisfy the organizational requirements, whether it would deliver value for money, whether it would really be easy to implement and so on. Above all, we were concerned about the issue of data security. Gradually, we realised that the data would be equally or more secure on the Ramco platform than it was under our existing system.”

Another deciding factor was that RODE would help the SMPL management focus on their core function— manufacturing steel products. Having a Web-based ERP meant that the company would not have to hire an elaborate IT team—definitely, an area of concern, since retaining IT talent in a manufacturing company would prove to be difficult. The company now manages with a small team having basic IT skills to render the basic level of support to users.

“Once we made up our minds there was no looking back,” he says. In fact, we took two whole months to list all that we wanted from the ERP system. At each location, the expectations and practices were different. Thus, we analyzed and adopted the best of all the practices, across locations. We standardized each of our key processes and noted those down as requirements, both at the global as well as at the micro-level and discussed these with Ramco. Ramco has a sophisticated process to understand what customers want, so they were able to add great value.”

The entire process took six months and brought 100 users on board the RODE platform. Apart from production, all other processes like finance, logistics, inventory management, etc. have been covered by the ERP system.

A whole new life together

“The cultural change that has come about post ERP deployment is heartening, especially with regard to how people are leveraging organizational data. Almost about 80 per cent of our manpower is making use of the organization database,” affirms Anandan.

Before implementing RODE, the data collection and report generation process was tedious and time-consuming, since the process had to be carried out manually. With the arrival of ERP, data can be collected at the point of origin and users can generate the kind of reports they require. Besides enabling anytime-anywhere access to consolidated data from multiple locations, the ERP implementation has enabled the availability of real-time information across the organization from its different units and sub-units.

“Considering SMPL’s distributed set up (with factories and offices in different locations across India) the hosted model has proved to be an ideal fit. All it required for the organisation to go live with the system was an Internet connection with good broadband connectivity. Now users at SMPL can access the ERP from anywhere, anytime,” says Sukumar R, General Manager—Sales, RODE.

And they lived happily ever after!

We have more such success stories for you to read. Visit our profile on SlideShare and check them out!

How Enterprise Resource Planning Can Boost Your Business 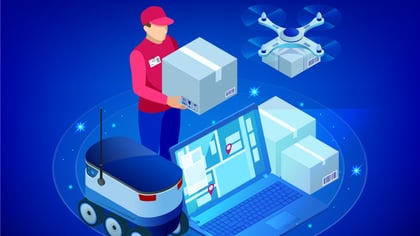