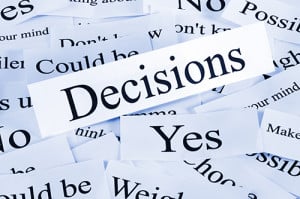 Albert R. Broccoli, most notable for producing the “James Bond” movie series is supposed to have said, “We are temporary people making permanent decisions”. He spoke about his personal investments into the James Bond franchise, both financial and emotional. He opined that all decisions must be made to safe guard the health of the franchise.

The spectacular success of this franchise is attributed to its ambitious story line action, glamour and the all-important characterization of the hero, Bond. The finalization of the script, cast of characters, locations, special effects etc are decisions that involve a multitude of disciplines and demand high levels of creativity. With the budget not being an object (for movies in this franchise), it may seem that there are plenty of opportunities to revisit decisions. However with the singular costumes, accoutrements, and gadgets there is possibly no room for rework. Besides, no budget is planned with re-work in mind or with generous buffers and tolerances!

So what is all this leading up to? It highlights the importance of empowerment and human resources and the decisions thereof. In a business, these “permanent decisions” are primarily a function of (a) the empowerment in the system, (b) people, and (c) governance models. Governance model here alludes to a formal structure of authority and its workflow, the local law, and possibly a sophisticated risk management framework in this day and age.

Popular research shows that there are cognitive biases in decision making. Governance frameworks are rational and aim to point decision makers in a certain direction. Yet they deviate from the rational path creating a culture of deviation and a propensity to live with reduced outcomes. Well engineered software systems can often throw up analysis that removes these cognitive biases.

Specifically, you may (a) analyze and view information in different ways, allowing people to focus on a pattern that makes a valid, significant point, (b) highlight measures of uncertainty to question an action, (c) question fundamentals upon which composites are built through drill down facilities, (d) account for the motives of the roles that are creating the data, or (e) drop the roles from the analysis and go with the accreted data.

To explain the above, a decision made on say a sales person based upon performance alone assumes a perfect go to market strategy, where a sales person may be declared incompetent if he is unable to achieve his targets. Bringing in social media data and industry benchmarks might throw light on the person’s associations and hence their standing in an imperfect world. Add potential business loss by assessing these social connections that the sales person has and now the decision to judge becomes more complex. A look at the succession plan can show potential candidates for the sales position and the evaluator’s bias towards them! Further, when you look at raw sales data (without personnel and their roles) it may have its own tale to tell.

Thus, even with the best governance frameworks, HR decision making must be relieved of cognitive biases given that it has a propensity to be so. 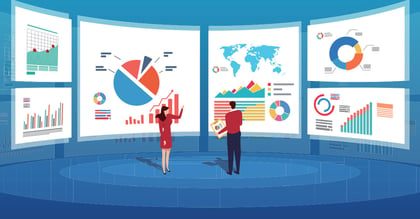 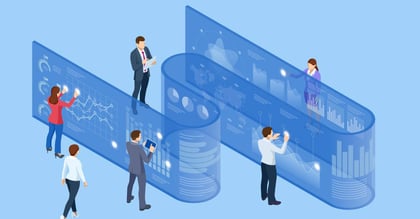 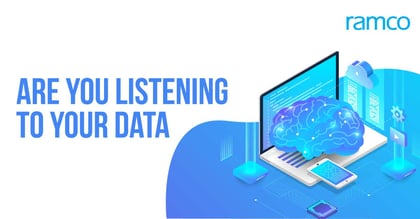 Artificial Intelligence: Are you listening to your data