Are Wearable Devices the solution towards a Connected Aviation IT World?

While mobility has been hogging Ramco’s innovation spotlight over the last year, now Ramco’s R&D has been turning on an innovation that is beyond the imagination of the Aviation IT world – rolling out IT solutions on wearable devices.

Ramco’s latest development will create a paradigm shift in the way users interact with information. While, in theory, the wearable market consists of devices ranging from Wristband Pedometers, Audio Headsets through to Google Glass, Ramco has taken an initial punt using Smart Watches. The ability for these devices to seamlessly connect to other devices, such as mobile phones and iPads, platforms in which our solutions already run, acted as the prime mover towards Ramco investing in the wearable device revolution.

Here’s an example of how a wearable device, such as a smart watch, can prove handy while an organization attempts to improve the productivity of its workforce, a perennial challenge in the Aviation MRO Industry today.

A standard activity of a Mechanic, working in a hangar environment, would consist of the need to accurately record and track his attendance and time spent against working on tasks assigned. In today’s scenario, this is done using a system in which multiple employees log in and log out of tasks, a laborious ordeal if there are limited systems available for access in a hangar/ if the system is kept far off from the aircraft or, a worse scenario, done on paper. The end result is an unfavorable consequence of the AMEs, or their supervisors, spending time entering data – taking a part of their focus away from the core job of reducing maintenance downtimes. In an age of connected devices, why does the hangar environment deserve such disconnect?

Ramco’s Wearable Device approach, using a Pebble Device, which runs apps if connected to an iPhone or an Android device, ensures that tasks allocated against mechanics are visible in their watches – the progress of which is tracked real time. The screen displays the Package Reference #, the Aircraft Reg# / Component ID against which maintenance is being done and the Task ID and description. Signing in and out of tasks is now reduced to a few clicks of the screen. The accuracy is still maintained.

Likewise, for example, approving transactions – such as Discrepancies, or Purchase Orders – can be facilitated using the device within a few clicks of a button. An inherent benefit of such innovations is its ability to facilitate hands-free computing for those who perform physical tasks, yet require information real-time. That is, a mechanic has the ability to interact with systems while still, physically, using both his hands to do the work without any interruptions.

While we are continuing to expand our offerings on other wearable devices, click ‘here’ to get in touch with our consultants on how Ramco’s innovations on wearable devices can facilitate a connected, and efficient hangar environment at your facilities. 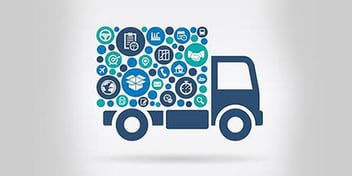 Why an integrated Logistics Software is better than multiple point solutions? 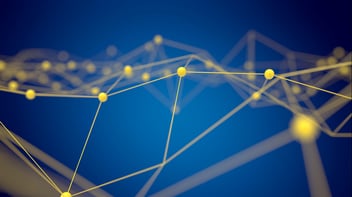 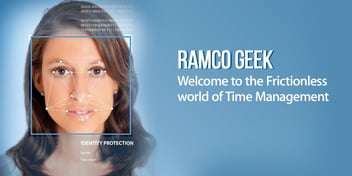